As more and more probiotics hit the market, we get inundated with a multitude of bacteria names, too difficult to speak out load and numbers of organisms in tablets, capsules, and powders that are staggering.   No wonder there is confusion and misleading marketing statements.  The purpose of this piece is to lend clarity of science and logic that ought to bring some order to the marketing jabber.
Let us take on the big numbers first.  Recent scientific studies of the human gut microbiome (MB) tell us there are 10 to 100 trillion native bacteria in the human colon!  Holy Pasteur, that number is too large to comprehend.  The MB scientists say that we have more bacteria in our gut than we have cells in our entire body. The population is important and to do its job, great numbers are necessary. 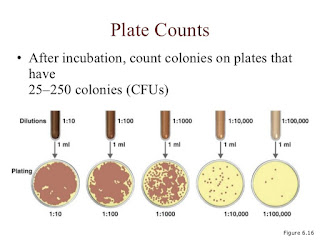 What is a trillion?   If you were to count once per second to a trillion, assuming you could pay attention that long, without taking breaks for meals, sleeping, and vacations, you would be counting for 32 years!  We have to believe that counting seconds for that long would induce a coma if counting sheep induces sleep.  A trillion pennies stacked, in a cube would have a dimension of  273 feet per side.   A billion pennies take up the space of five large buses.

Very, fortunately, bacteria are much smaller than pennies. Billions of dried bacteria will fit in a small capsule. We see label claims announcing 1 to 15 billion bacteria per dose.    Does it matter?   The simple answer is yes it matters, but only when speaking in orders of magnitude.  That is to say, one billion is functionally the same number as 15 billion but different from 100 billion or 100 million.   The imprecision arises from trying to count growing bacterial colonies on a petri dish in culture and grow techniques. Most companies use culture and growth methods, and the error in counting can be very significant.[1] (see figure above).   These methods assume that in the dilutions all bacteria are uniformly mixed.  Many bacteria tend to clump in pairs or large clusters.  Thus these counts have large errors and are only estimates.  A significant problem reporting numbers of bacteria is that there is no standard method.

Companies will add estimated numbers like ten billion bacteria per dose because bacteria are rather inexpensive and during long shelf life and especially after consumption, stomach acids and the bile in the small intestine will die off. Thus, one strategy is to have billions in the hopes that millions will make it to the colon where the might do something beneficial. The marketing problem stems from the naïve assumption that more bacteria are always better than fewer.

The much more functional question is simple to ask and hard to measure.  Do the introduced bacteria survive stomach acid and intestinal bile and colonize, reproduce successfully and persist in the large bowel?   Research to get to this question is tricky, but it appears select bacteria types do meet this criterion.  To address this question, researchers administer bacteria orally and then attempt to track the number of particular bacteria in the feces as well as measure persistence over time.  Some strains, therefore, are apparently able to colonize, and we refer these strains as “human-adapted”.  In some studies, the data shows that strain-specific bacteria actually increased numbers in the feces, well after oral consumption has ceased.  Such persistence clearly suggests active bacterial reproduction in the colon.[2]

Encapsulation of probiotics
As commercial interests incorporated probiotics in a wide array of foods and drinks, many had to acknowledge that the proposed bacteria were simply dying in droves as they endured the ill effects of stomach acid and bile.  The food strains were just that and not all were human adapted.  One strategy was to simply add more and that had marginal results. The other strategy was to coat or encapsulate the microbes such that they were protected from acid and bile.  This approach for non-human adapted strains provided limited success.  However when human-adapted strains were coated or microencapsulated the protection benefits gut colonization.

A study examining this approach found that by increasing the dose or encapsulating the human-adapted bacteria both methods worked well. Human-adapted Lactobacilli and Bifidobacteria were delivered at 5 billion doses ungastroprotected and 1 billion encapsulated.  Both treatments provided equal colonization in the gut, as measured by fecal bacteria counts.[3]  The use of microencapsulation provided for the use of 5 times fewer bacteria, but the functional cost difference between 5 and 1 billion bacteria may be insignificant.  However, microencapsulation may have the benefit of protecting the viability of the microbes during extended self-life periods, especially in warm humid environments.

Hence, scientist and consumer alike should be asking not how many billions of bacteria can be counted in the preparations for oral consumption, but rather the extent to which the dose no matter how small or large, can establish active colonization.   That colonization ability is determined by the bacterial strain, the size of pre-established colonization in the gut and suitable bacterial metabolic substrates are in the diet.

The Bacterial Identifier: genus, species and strain designator
The genus and species name are important, as is the bacterial strain designator.  For example, the familiar Lactobacillus acidophilus populates many forms of dairy foods and probiotics.  However, there are numerous strains of L. acidophilus and no universal identification system.   In one study multiple sources of the same bacteria yielded differing attributes in the gut.   Genetic testing documented strain differences among the same species of bacteria.[4] [5]
The manufacturer typically provides the identifiers.  Occasionally the manufacturer will display the ATTC number.  That designator comes as close as a universal identifier as commercially available.   ATTC is a nonprofit company that collects and resells bacteria culture, cells, and tissues.  The ATTC repository assures that each of its collections is pure and soundly identified at the genetic level if possible.  A product that provides an ATTC number is the best assurance of bacteria identification.  Below is an example of strain identification information.

In this example label, the bacterial identifiers include the genus, species and the company strain designator (in parenthesis).  In some cases, this is a well-documented strain and the ATTC number may be available at https://www.atcc.org/en/Products/Collections/Microbiology_Collections.aspx  The concentration is represented as CFU or Colony Forming Units.  A CFU can be one bacteria or many.  Also, note the CFU concentration is noted at time of manufacture.

Human genotype influences microbe gut colonization
Nowadays, some disease treatments are prescribed to persons when they have certain genetic markers or genes.  Human genotype influences the colonization of probiotics as well.  Homo sapiens from different geographical ethnicities have genes unique to the region. It, therefore, stands to reason that some human genotypes are adapted to be colonized with gut microflora and is unique to other genotypes from distant lands and cultures. Researchers found that genes encoding certain blood types groups also coded for specific bacteria binding sites in the colon.  As a result, a probiotic colonizes in one blood type group and to a lesser extent in other blood types.[6]

The bottom line here is that one probiotic strain or even a mix of strains may be human-adapted in general but less adapted is persons of different genotypes from nonwestern locales.  Thus we must expect that in some cases the desired functionality of a probiotic may not appear to do genetic differences of the host.